BOSTON—Retransplantation after kidney graft loss due to BK virus nephropathy appears to be safe and feasible.  However, replacing alemtuzumab with basiliximab may be necessary to achieve optimal outcomes in retransplanted patients, according to data presented at the Infectious Diseases Society of America annual meeting.

“I think some centers are hesitant to retransplant some of these patients because they are worried the BK will come back,” said study investigator Nicole Theodoropoulos, MD, a third-year transplant infectious disease fellow at Northwestern University Feinberg School of Medicine in Chicago. “There is no protocol for what to use for induction therapy and for maintenance immunosuppression.”

Currently, BK nephropathy is a significant problem that affects 3%-8% of all kidney transplant recipients in the United States and it remains a cause of graft loss, according to the investigators.  Retransplantation after graft loss due to BK nephropathy is feasible, however, there have been some published reports suggesting a higher rate of recurrent disease.

Of the eight patients, seven received basiliximab induction and all underwent monthly assessments for disease recurrence. Importantly, seven of the eight patients had documented resolution of BK viremia prior to retransplantation.

BK viruria developed in seven patients post-transplant at a median of four weeks. BK viremia developed in two patients at a median of six weeks, and one patient experience recurrence of BK nephropathy with graft failure at 79 weeks. This patient was the recipient of an initial simultaneous pancreas kidney transplant, and, therefore, aggressive reduction in immunosuppression was not possible, as the pancreatic graft was functioning well. After the second kidney failed because of BK nephropathy, the patient underwent a third kidney transplant, which was successful.

“We didn’t have a control group,” Dr. Theodoropoulos said. “But it seems that this induction therapy does seem to work.  We think close monitoring and early reduction of immune suppression may be critical.” 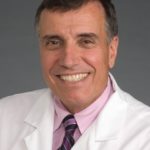