Patients who have low-grade systemic inflammation at 10 weeks after kidney transplantation are at increased risk for death, a new study finds.

Among 1044 kidney transplant recipients (KTRs), 312 (29.9%) patients died during a median 10.3 years of follow-up. Death risk was a significant 4.7-fold higher for patients with the highest quartile of overall inflammation scores (based on 11 biomarkers) at 10 weeks after transplantation and 2.4- and 2.5-fold higher for patients in the second and third quartiles, respectively, compared with the lowest quartile, Torbjørn Fossum Heldal, MD, of Telemark Hospital Trust, Skien, Norway, and colleagues reported in the American Journal of Transplantation. Each 1-point increase in overall inflammation score was associated with a 5% increase in death risk.

Death risk was significantly higher among KTRs younger than 65 years and those who currently smoked and had a longer dialysis vintage and diabetes (before or after transplantation), the investigators reported. KTRs with delayed graft function had a 2.3- to 4.8-fold increased risk for death. The type of calcineurin inhibitor did not influence results. Death risk did not differ among KTRs with and without autoimmune/inflammatory causes of ESKD.

Cardiovascular disease and infectious diseases were the most common causes of death. After analyses, the investigators identified chemokine ligand 16 (CXCL16), which helps recruit leukocytes into inflamed tissue, as a potential prognostic marker.

According to Dr Heldal’s team, their results “strongly suggest that an inflammatory environment in the early period after kidney transplantation is an important risk factor for long-term mortality and an underlying factor for the high mortality rates in KTRs.”

The investigators suggested that inflammation scores can identify at-risk patients who may benefit from closer monitoring and more aggressive treatment, such as better blood pressure control and lower targets of cholesterol and HbA1c. Future studies could should test immunosuppressive regimes for patients with various grades of inflammation. 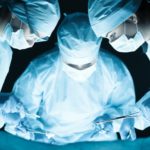