M. Siobhan Luce, MD, and colleagues from UC Davis School of Medicine in Sacramento, California studied graft outcomes in 73 undocumented patients from their institution, including 68 adults and 5 adolescents (59% male; median age 38.2 years). Of the cohort, 65 patients received a kidney from a deceased donor (DD) and 8 from a living donor (LD). Immigrant patients were younger than other kidney transplant recipients at the center: median age 38.2 vs 50.3 years.

Graft survival at 1 year was higher than risk-adjusted expected survival based on data from the Scientific Registry for Transplant Recipients: 98.5% and 100% in the DD and LD undocumented group, respectively, compared with 95.7% and 97.2% expected survival, respectively. Undocumented recipients of DD kidneys also had comparable 3-year graft survival (95.1%) to that of the center’s overall DD cohort (88.2%) and the US population of DD recipients (87.5%), Dr Luce’s team reported. Undocumented recipients’ longer-term outcomes were also “excellent.” Graft survival at 8 years was 85.9% and 100% in the DD and LD groups, respectively.

In other results, 1 undocumented recipient died with a functioning graft, 2 experienced chronic rejection, 2 had BK nephropathy, 1 had hyperfiltration injury, and 1 did not adhere to their medication regimen – all within the DD group. Median time to graft failure in the DD group was 4 years. Delayed graft function occurred in 31% and 1% of the DD and LD groups, respectively. Two immigrant patients never achieved graft function and were excluded from the study.

According to Dr Luce and colleagues, kidney transplantation may be beneficial both medically for the patients and socioeconomically for society because many undocumented immigrants with end-stage kidney disease rely on lifelong emergency-only hemodialysis.

“Nonetheless, the highly encouraging outcomes—using standard selection and posttransplant care protocols—in this challenged recipient population strongly suggest that undocumented immigrant patients with end-stage kidney disease should not be precluded from consideration for kidney transplant based on immigration status alone.”

All of the immigrant kidney recipients were from Mexico, Central America, or South America, so these results may not be generalizable to other ethnicities. For unknown reasons, 10% of recipients were lost to follow-up. Additional studies on kidney transplantation in the undocumented US population are still needed. 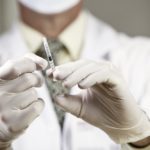