Recipients of solid organ transplants (SOT) have a high incidence of post-transplant herpes zoster (HZ), according to researchers.

The incidence is highest among African Americans, heart recipients, and older subjects.

The study, led by Steven A. Pergam, MD, MPH, of Fred Hutchinson Cancer Center in Seattle, included a multicenter cohort of 1,077 patients who received an SOT from January 1995 through December 2007 and follow-up care at a Veteran’s Affairs hospital. The group included 500 kidney, 461 liver, and 80 heart transplant patients. Thirty-six patients received other organs.

“To the best of our knowledge, this study is one of the largest multicenter cohort of SOT recipients to date to assess the incidence of HZ,” the authors noted. “These data provide important information on long-term risk of HZ following SOT, afford the first assessment of risk in other non-white populations, and present further evidence for an increased risk of HZ in SOT recipients.”

Dr. Pergam and his colleagues also pointed out that their study is the first to reveal a higher incidence of HZ in African-American SOT recipients. This higher incidence could be related to higher rates of organ rejection in this racial group, increased utilization of VA resources, differences in immunosuppressive regimens, or some other undetermined racial variations in viral immune response.

The researchers hypothesize that the decreased incidence observed in latter cohorts is likely in part a result of shorter follow-up and increasing use of antiviral cytomegalovirus prophylaxis, which has been shown to further limit HZ risk. 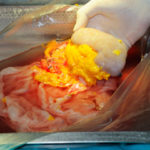