One third of patients with end-stage renal disease (ESRD) aged 65 years and older are not placed on a waiting list for an expanded criteria donor (ECD) kidney, which could prolong the time it takes to get a transplant and reduce the likelihood of survival, according to a study by researchers at Johns Hopkins University School of Medicine in Baltimore.

ECD kidneys, which are older than standard criteria donor (SCD) kidneys, once were discarded in the belief that outcomes were inadequate. Studies over the past decade, however, show they have been successfully transplanted.

“Perhaps there needs be better education of patients and their doctors about their options, including the risks and benefits,” Dr. Grams said.

Another issue, she noted, is that transplant centers are evaluated on their outcomes. Centers may be reluctant to transplant ECD kidneys because they are inferior and are more likely to result in worse outcomes, she noted.

“Every adult over 65 should be listed by their physicians for ECDs because the sooner they can get a kidney, the better the chance for survival,” said senior author Dorry Segev, MD, PhD, Associate Professor of Surgery.

“A 65-year-old does not need a 20-year-old kidney. They just need a kidney that will last as long as they will. While young people might have time to wait for the perfect kidney, older people don’t.”

Dr. Grams and her colleagues reviewed 142,907 first-time deceased-donor kidney registrants reported to the United Network of Organ Sharing (UNOS) between 2003 and 2008.

They looked at those who were willing to be listed for ECD kidneys and compared survival rates from time of registration for those willing to receive ECD kidneys and those who were not. When placed on the waiting list, patients of all ages are given the option of being listed for a SCD kidney only (typically kidneys from donors under age 60) or consent to accept an ECD kidney if one becomes available first.

The researchers found that those willing to take ECD kidneys were more likely to be transplanted sooner than those only willing to SCD kidneys. In the cohort of 21,436 patients who were aged 65 and older, 67.6% were listed as willing to accept an ECD kidney.

In the 65-and-older group, patients who received an ECD kidney had a significant 11% decreased risk of death compared with those who did not receive a kidney, the researchers reported in the American Journal of Transplantation (2010; published online ahead of print).

In addition, the study revealed striking variations in listing practices among transplant centers, with some centers not waitlisting any older patients for ECD kidneys and others listing everyone for those organs. At Johns Hopkins Hospital, all patients age 65 and older are listed for ECD kidneys. 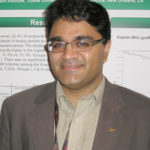