Kidney transplantation is on the upswing in the United States, but the nation’s transplant centers still discard many potentially useful deceased donor kidneys (DDKs) and fall short in how they allocate these scarce organs, according to recent studies.

Despite implementation of a new kidney allocation system in December 2014 aimed at distributing DDKs more fairly and appropriately, impediments to these objectives remain, new study findings suggest. The studies raise questions about the particulars that transplant centers consider when deciding whether to accept or refuse a DDK on behalf of a patient and perhaps point to possible ways to increase the number of DDK transplants in the United States, where demand for the organs far exceeds supply.

“From a population perspective, we should be using as many of these discarded organs as possible,” said Richard N. Formica, Jr., MD, Director of Transplant Medicine at Yale University School of Medicine in New Haven, Connecticut, and President-Elect of the American Transplant Society. The reality, however, is that many discarded kidneys do not function great, he said, adding: “On a population basis, they may do net good. For individual patients, they may not. There’s no guarantee that all these organs that are being discarded are going to work. This is the challenge faced by surgeons and physicians when accepting an organ offer for their patient [for whom] they have a fiduciary duty to act in their best interests.”

In another study, published online August 2 in JAMA Network Open, a team led by Sumit Mohan, MD, MPH, of Columbia University Medical Center in New York, found that approximately 30% of wait-listed kidney transplant candidates who received at least 1 offer of a DDK eventually died or were removed from the waiting list before receiving a kidney.

“A death while on the waiting list was frequently preceded by multiple missed opportunities to accept an organ for transplant, which raises important questions about the current organ allocation process,” Dr Mohan and his colleagues concluded.

As the investigators explained, a transplant center has the ability to decline an offer of a DDK on a transplant candidate’s behalf without informing the candidate of the offer or why the kidney was declined. The authors suggested potential policy changes for improvement. For example, they said individual candidates should be made aware of all offers declined on their behalf. “Although the time constraints of organ allocation are not conducive to real-time shared decision-making, alternative strategies merit consideration,” they wrote. “Routine post hoc reporting to patients and their nephrologists about declined offers might improve communication and patient engagement while prompting centers to reconsider how or when to decline offers.”

In an interview with Renal & Urology News, Dr Formica pointed out that physicians might be declining offers of a suboptimal kidney in the hopes of securing a better organ for a specific patient with whom they have a relationship and an ethical obligation to provide the best care. The study by Dr Mohan’s group may be a game changer because it provides “equipoise” for physicians in that they now have data showing they may be doing patients more harm than good by turning down a kidney, even one that is of relatively low quality, Dr Formica said.

“Most nephrologists are completely in the dark about these decisions for their patients,” said Joseph A. Vassalotti, MD, Chief Medical Officer for the New York-based National Kidney Foundation. “We need to better understand the precise reasons transplant centers decline offers of deceased donor kidneys to address the barriers to increasing deceased donation.”

Particularly noteworthy findings reported by Dr Mohan’s team were that transplant centers cited “kidney or donor quality” concerns in 92.6% and “patient-related factors” in 2.6% as the reasons for discarding kidneys, Dr Vassalotti said. Thus, patient considerations are not a common reason for the decision by the centers. Moreover, the KDPI—a measure of kidney quality in which a lower number is better—was 20 or less in 87.9% of discarded cases, meaning that the explanation for concerns about quality cannot be explained by the KDPI, Dr Vassalotti said. Further exploration of this finding might provide insight into how organ acceptance or refusal is decided.

Meanwhile, recent developments offer the promise of boosting kidney transplant numbers. In response to the federal Advancing American Kidney Health initiative announced on July 10, OPTN on July 18 launched the Kidney Accelerated Placement Project. “This project will allow difficult-to-place kidneys to reach patients at centers that have previously accepted and transplanted medically similar kidneys earlier, potentially minimizing the accumulation of cold ischemic time,” according to information on the OPTN website. “The offer can then be extended to other centers on the match if not accepted.”

In addition, on September 5, an OPTN policy change took effect aimed at increasing the number of kidney transplants by decreasing the number of kidney discards via dual kidney allocation. “The change explicitly directs which kidneys must be offered as duals, when an [organ procurement organization (OPO)] is permitted to offer dual kidneys and how to place dual kidneys with accepting centers more efficiently,” according to an OPTN policy notice on the organization’s website. “A designated allocation pathway for dual kidneys will allow OPOs to make prerecovery offers more often given a match run with self-identified centers willing to accept dual kidneys for their patients.” 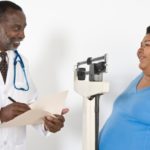