Although more women than men worldwide have chronic kidney disease, fewer women receive renal replacement therapy (RRT) such as dialysis and kidney transplants, according to a new online report published in the Clinical Journal of the American Society of Nephrology.

For the study, a team led by Manfred Hecking, MD, PhD, and Marlies Antlanger, MD, of the Medical University of Vienna in Austria, analyzed data from the European Renal Association-European Dialysis and Transplant Association (ERA-EDTA) registry representing 9 European countries: Austria, Finland, the Netherlands, Iceland, Scotland-United Kingdom, Greece, Norway, and Spain (Andalusia and Catalonia). Over the 5 decades spanning 1965 to 2015, a total of 230,378 patients initiated RRT, of whom 39% were female.

Over the 50-year study period, RRT increased from 12 to 173 per million population in men but just 8 to 98 per million population in women. Male-to-female ratios for incident and prevalent RRT patients also increased with age (range 1.2 to 2.4) and were consistent over time and across countries, even as diabetes – which is slightly more common in female patients – eclipsed glomerulonephritis as a major cause of CKD. These trends were observed across all RRT modalities: hemodialysis, peritoneal dialysis (PD), and kidney transplantation.

Fewer women than men with diabetes had pre-emptive kidney transplantation, especially among elderly patients. In addition, the proportion of kidney transplants decreased less with age in incident and prevalent men than women on RRT.

Among young PD patients, however, the male-to-female ratio remained relatively low, suggesting that younger women were more likely to choose PD as their primary RRT.

Whether these sex differences result from biology, access to care, or other reasons remains unclear, according to the investigators.

In an accompanying editorial, Laurie Tomlinson, MBBS, MSc, PhD, of the London School of Hygiene and Tropical Medicine in the UK, and Catherine Clase, MB, MSc, of McMaster University in Hamilton, Ontario, Canada, commented that “the idea of bias or injustice in kidney care is difficult to categorically refute,” adding that the stability in the ratios observed in the new study over 4 decades that were attended by marked social changes “is strong evidence that biology, rather than discrimination, may be responsible.” 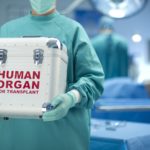 Use of Deceased Donor Kidneys Varies by Center