Discarding of kidneys from donors infected with hepatitis C virus (HCV) has decreased markedly from 2014 to 2019.

Still, kidneys from viremic donors had 48% increased odds of discard in 2019, they noted. “There are opportunities for more transplant centers to utilize these organs to expand access to transplant,” Dr Alhamad and colleagues wrote. “Broader utilization would benefit from financial coverage for post-transplant DAAs [direct-acting antivirals], which would result in wider adoption of protocols to transplant kidneys from viremic donors to uninfected recipients.”

Since 2014, use of DAAs for HCV treatment has resulted in a cure rate of greater than 90%, “which has revolutionized the practice for managing HCV infection,” the investigators pointed out.

By 2018 and 2019, aviremic seropositive status was not associated with higher odds of discard.

With regard to study limitations, the authors noted that their investigation was retrospective so their analyses rely on the accuracy of recorded data. In addition, NAT results were only available in the OPTN data since March 31, 2015. “Therefore, we were unable to describe an earlier trend for viremic or aviremic seropositive kidney discards before and at the beginning of the DAA era,” they wrote. “Nonetheless, our NAT results contained data from March 31, 2015 to September 30, 2019, allowing us to study the time trend of approximately 5 years in the post-DAA era.” 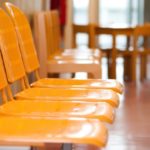