In September 2021, the American Society of Nephrology-National Kidney Foundation (ASN-NKF) Task Force on Reassessing the Inclusion of Race in Diagnosing Kidney Diseases recommended that the Chronic Kidney Disease Epidemiology Collaboration (CKD-EPI) creatinine equation be altered to eliminate the race variable to estimate glomerular filtration rate (GFR) in all laboratories. It also recommended more widespread use of cystatin C. Subsequently, in a policy update implemented on July 27, the United Network for Organ Sharing (UNOS) now requires transplant hospital to use race-neutral formulas to estimate GFR and list patients for transplant effective. “This policy allows transplant centers to update the date of listing of patients, if previous race-based equations affected the active transplant listing date,” said transplant nephrologist Martin L. Mai, MD, Chair of the Division of Kidney and Pancreas Transplant and Medical Director Kidney Transplant at Mayo Clinic in Jacksonville, Florida.

The rationale for the changes stem from a need to promote social justice and health equity. The inclusion of race in the calculation of kidney function has been linked to disparities in care. Blacks have been found to have delays in diagnosis of kidney disease and eligibility to be put on the waiting list for a kidney transplant.

“These changes represent a step forward in reducing health care disparity in those seeking care of kidney disease,” Dr Mai said. “Importantly, the task force calls for additional research and funding to improve the accuracy of GFR estimation and develop interventions to eliminate any race or ethnic disparity in seeking care for kidney disease.”

The ASN-NKF Task Force contends laboratories across the country can quickly implement the CKD-EPI refit equation. It is calling on the kidney community and professional societies to work with government organizations to find ways for quick and broad implementation.

“Education must be provided to patients and caregivers,” Dr Mai said. “Nephrologists need to find ways to influence laboratories to make the needed changes to report the CKD-EPI refit equation or make cystatin C accessible to determine GFR. We all must play a role in shortening the time to widespread adoption for the benefit of our patients.”

The new requirements were recently approved by the Organ Procurement & Transplantation Network. The current formulas commonly used a special variable to estimate kidney function for Black race and they tended to report higher estimated GFRs for Blacks vs non-Black patients with similar characteristics.

The CKD-CPI changes are projected to provide an earlier opportunity to address kidney disease and reduce potential adverse outcomes. “Concerns were raised by the ASN-NKF Task Force in areas of medication dosing and cancer care based on GFR determined by race neutral equations. It will be important to look at the whole picture in determining the success of this change,” Dr Mai said.

The original race-based formula was adopted after 3 small and flawed studies, according to Richard Mann, MD, Chief of Nephrology and Medical Director of the Kidney/Pancreas Transplant Program at Rutgers-Robert Wood Johnson Medical School in New Brunswick, New Jersey. These studies were conducted decades ago and suggested that Blacks have greater muscle mass than Whites. “Based on these studies, race was a variable used in formulas designed to estimate kidney function,” Dr Mann said. “The inclusion of race in these formulas has led to an overestimation of kidney function in African Americans.” Since individuals cannot be listed for a kidney transplant until their kidney function falls below a certain level, the overestimate of function in Blacks led to delays in listing them for a kidney transplant.

His institution has been using equations for estimating kidney function that do not include race for some time, Dr Mann said. “We are in full agreement with the recommendation of the joint task force of the ASN and NKF that race should not be used in equations designed to estimate kidney function,” he said. “Inclusion of race in such equations disadvantages African Americans in terms of access to kidney transplantation.”

Chethan Puttarajappa, MD, of the University of Pittsburgh in Pennsylvania, said the new UNOS changes are a welcomed improvement and a natural next step to the ASN-NKF Task Force’s recommendations. “Rapid adoption of the new race-free formula among laboratories will enable programs to quickly comply with the new rule,” Dr Puttarajappa said. “I think the new policy will reduce at least some of the delays in wait-listing and transplantation among African American patients.”

Additional research and training are warranted as well as policies aimed at these issues to further improve transplant access among all patient subgroups that experience disparities, he said.

Transplant surgeon Irene K. Kim, MD, Director of Cedars-Sinai’s Comprehensive Transplant Center Los Angeles, California, said it is important to note that the original equation was well intentioned, but it was too simplistic. “So, we need to develop better equations no matter what the race to improve the calculation and accurately reflect a patient’s true renal function,” Dr Kim said. 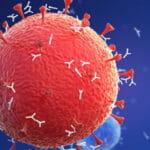