The authors of a new review recommend leaving a failed renal allograft in place in patients undergoing another kidney transplant unless symptoms warrant surgery.

Jianghua Chen, MD, and colleagues from the First Affiliated Hospital at Zhejiang University in China conducted a systematic review and meta-analysis of 13 studies of 1923 patients to assess the effects of allograft nephrectomy (AN) on renal retransplantation. Some patients underwent AN prior to retransplantation (typically due to symptoms) and some did not.

According to results published in Nephrology Dialysis Transplantation, both 3- and 5-year graft survival rates were significantly lower in the AN compared with the no AN group. AN patients had significant 3.1-, 1.6-, and 1.7-fold increased odds of higher positive panel reactive antibody, acute rejection, and delayed graft function, respectively. Cold ischemia times also were longer for AN patients.

Patient survival at 5 years favored AN, possibly because younger patients were included. Other important measures appeared similar between groups, including 1- and 10-year graft survival, serum creatinine levels at 1 year after retransplantation, and hemodialysis duration before retransplantation.

Removal of the primary allograft increased the risk for recipient sensitization, the authors noted. They suggested several possible causes for higher levels of positive panel reactive antibody before retransplantation in the AN group, including cessation of immunosuppression, AN itself (which inhibits antibody absorption of the graft), and persistence of donor antigen-presenting cells after AN. Positive panel reactive antibody might be reduced with prolonged immunosuppressant treatment without AN.

“We recommend allowing the failed graft to remain unless symptoms dictate the need for surgery. We also suggest donor-specific antibody dynamic monitoring and better human leukocyte antigen matching for improved long-term outcome of retransplantation,” Dr Chen and his colleagues concluded. 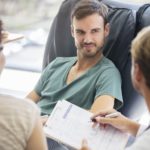