Given the ongoing debate about which operation is superior, a team led by Polina V. Zmijewski, MD, MA, of Rhode Island Hospital in Providence, compared the outcomes of 23 dialysis patients who had SPTx and 23 who had TPTx +AT, all performed by the same surgeon.

By the first day after surgery, PTH had declined significantly more in the TPTx +AT group: 4.2 vs 32.6 pg/mL, according to results published in the Journal of the American College of Surgeons. By 6 months after surgery, significantly fewer TPTx patients had PTH increases exceeding 200 pg/mL: 6.7% vs 38.9%. Reoperation for recurrence or persistence was required in 6 SPTx and 2 TPTx + AT patients.

The groups had similar serum calcium levels the first day after surgery: 7.7 mg/dL for SPTx and 7.9 mg/dL for TPTx +AT. The time needed to achieve calcium homeostasis, indicated by hospital stay, did not differ significantly between groups: 3.7 days for SPTx vs 4.4 days for TPTx +AT. Neither did required doses of calcium and calcitriol at discharge.

More TPTx + AT patients, however, appeared at risk for long-term hypoparathyroidism: 26.7% vs 5.6% had PTH levels less than 15 pg/mL at 6 months. They were also significantly more likely to require calcium supplementation: 71.4% vs 36.8%. But severe hypocalcemia (less than 7 mg/dL) at more than 6 months was infrequent: 11.7% in the TPTx + AT group vs 9.5% in the SPTx group.

“There is clearly a trend toward increased rates of long-term hypoparathyroidism in the TPTX-AT group,” Dr Zmijewski and the team wrote. “However, despite poor or absent graft function, these patients are generally well managed with a regimen of calcium and calcitriol, as evidenced by similar rates of normocalcemia at more than 6 months postoperatively between the 2 groups (66.7% in SPTx patients and 70.5% in TPTx-AT patients).”

Overall, these study findings indicate that TPTx + AT keeps PTH levels from “trending upward” and provides “more durable” results in the long-term compared with SPTx, the team concluded. 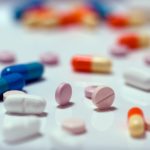