Ionela Pascanu, MD, and colleagues at the University of Medicine and Pharmacy Targu Mures in Romania, performed the procedures on 43 hemodialysis patients with medically refractory SHPT during 2010–2014. All patients had levels of intact parathyroid hormone (iPTH) above 800 pg/mL; clinical symptoms such as osteoarticular pains, pruritus, and muscle weakness; and high levels of serum calcium and phosphorus. The single surgical team performed 26 subtotal Ptx and 19 total Ptx with autotransplant, which included repeat procedures. Patients having total Ptx without autotransplant were excluded.

During “modified” subtotal Ptx, the surgeons preserved up to a third of a well-vascularized inferior gland with its neopedicle in a suprastenal position. For total Ptx with autotransplant, 9–15 tiny pieces of non-nodular parathyroid tissue were implanted in 3-4 muscular pockets of sternocleidomastoid muscle.

Both remnant-conserving techniques improved bone pain, pruritus, and muscle weakness, according to results published in Endokrynologia Polska. In addition, iPTH levels fell significantly in all total Ptx patients and 91.6% of subtotal Ptx patients. The sole difference between groups was 1-month post-operative serum calcium levels, which were lower in patients who had total Ptx with autotransplant. Hypocalcemic patients received prolonged calcium infusions and oral alphacalcidol.

Hypoparathyroidism developed in 2 subtotal Ptx patients and 1 total Ptx patient due to poor functioning of remaining parathyroid tissue. Although 7 patients died during 18–38 months of follow-up, no deaths were attributed to surgery.

Only 2 subtotal Ptx patients experienced SHPT recurrence due to missed glands and underwent repeat surgery. Total Ptx appears to provide a small advantage, according to the researchers.

Dr Pascanu and colleagues believe that subtotal Ptx and total Ptx with autotransplant offer comparable results over the short term. As the study was small and non-randomized, however, it could not determine an optimal surgical approach for SHPT. 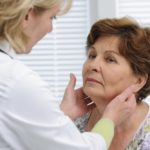