Intravenous sodium thiosulfate (STS) may slow the progression of vascular calcification and arterial stiffness in patients on hemodialysis, a new study finds.

Calcium, phosphate, and intact parathyroid hormone levels did not change significantly during the trial period and were comparable between the STS and the control group. The mean level of 25-hydroxyvitamin D3 did not change from baseline but was a mean 5.80 ng/mL lower in the STS group. STS treatment did not reduce bone mineral density.

“Future large and well-designed randomized controlled trials are warranted to further establish the effect of STS,” according to Dr Wen’s team. 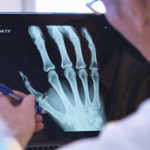 Fracture Risk in CKD Not Higher With SGLT2 Inhibitors