Compared with patients with normal iPTH levels, children with high iPTH had lower eGFR (29.7 vs 16 mL/min/1.73m2), lower calcium levels (2.4 vs 2.2 mmol/L) and a lower bicarbonate level (23.3 vs 21.2). Having higher iPTH levels also was associated with higher serum phosphate.

“A high prevalence of SHPT was observed in the study sample…” Dr. Kari and colleagues concluded in the Indian Journal of Pediatrics. “However, the only independent predictor of hyperparathyroidism was the eGFR at presentation.”

In support of the current findings, adult reports have noted an inverse relationship between eGFR and PTH levels. In children, a study published by Diallo et al. in the Archives of Pediatrics (2013;20:601-607) found higher iPTH levels correlated with lower eGFR. Menon et al. similarly observed high PTH levels in three quarters of children with CKD, which was associated with vitamin D deficiency (Pediatric Nephrology 2008;23:1831-1836). Dr. Kari and colleagues were unable to investigate vitamin D deficiency because many children had received treatment for it.

The investigators acknowledged that the study was limited in design and scope. The results may not reflect all pediatric populations with CKD mineral and bone disorders. 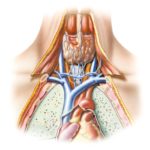