Furosemide use in patients with chronic kidney disease (CKD) is associated with an increased risk of secondary hyperparathyroidism (SHPT) compared with hydrochlorothiazide use, new findings suggest.

A team at the University of São Paulo led by Rosilene M. Elias, MD, PhD, analyzed data from 275 patients with CKD stages 2–5 who were prescribed either the thiazide diuretic hydrochlorothiazide or the loop diuretic furosemide. All patients had 24-hour urinary excretion analyses performed.

Of the 275 patients, 108 (29%) were taking hydrochlorothiazide and 167 (61%) were taking furosemide. SHPT, defined as a serum parathyroid hormone (PTH) level above 65 pg/mL, was diagnosed in 191 patients: 46 (42.6%) in the hydrochlorothiazide group and 145 (86.8%) in the furosemide group. In adjusted analyses, furosemide use was associated with a significant 6-fold increased risk of SHPT compared with hydrochlorothiazide use, Dr Elias’ group reported in the American Journal of Nephrology (2016;43:421-430). The effect was independent of estimated glomerular filtration rate and calcium excretion.

The study is at odds with the view that the differences between the medications regarding SHPT risk in CKD result from diverging effects on calciuria, the investigators pointed out. The overall calcium excretion rate was never higher among the furosemide recipients, and no difference between the treatment arms emerged even when the cohort was ranked by eGFR or when plasma PTH levels were expressed as a function of calciuria, they stated. A possible explanation for this apparent dissociation between PTH and calcium excretion could be the selection bias that is inevitable in this setting, according to the investigators. Hydrochlorothiazide is predominately prescribed to patients with higher eGFR values, whereas furosemide usually is preferred for patients who have more advanced kidney disease, “thus blunting whatever differences might exist between treatments,” they wrote.

It remains unclear whether the differences between furosemide and hydrochlorothiazide result from non-diuretic salutary actions of hydrochlorothiazide or adverse effects of furosemide or a combination of both, Dr Elias and colleagues stated. Whatever the mechanisms involved, the chronic use of furosemide in CKD patients “should be subjected to judicious scrutiny to avoid bone disease, and administration of TTLD, even in the setting of advanced CKD, should be considered instead,” they wrote. 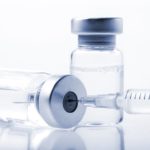