Investigators led by Ezra Y. Koh, MD, of the University of Amsterdam in Amsterdam, The Netherlands, propensity-score matched and compared outcomes among 92 patients with secondary hyperparathyroidism (SHPT) treated with calcimimetics or PTx prior to receiving their first kidney transplant.

Parathyroid hormone (PTH) levels were significantly lower up to 3 years following transplantation among patients who received PTx rather than calcimimetics: on day of transplant (14.00 vs 71.30 pmol/L; P <.01); at 1 year (10.10 vs 32.35 pmol/L; P <.01); and at 3 years (13.00 vs 19.25 pmol/L; P =.027), the investigators reported in Langenbeck’s Archives of Surgery. Post-transplant serum calcium and phosphate levels did not differ significantly between groups.

The PTx group also had a significantly lower rate of postoperative complications of Clavien-Dindo 3 or higher compared with the calcimimetic group (30.4 vs 56.5% ; P =.047). The researchers found no between-group differences in 10-year graft failure or overall survival.

According to Dr Koh’s team, “the use of calcimimetics in SHPT remains controversial, and one can argue that therapeutic therapies such as PTX should be implemented more liberally.” 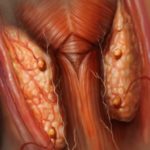 Calcimimetic Resistance in SHPT Does Not Worsen Parathyroidectomy Outcomes