Yueh-Han Hsu, MD, MPH, of China Medical University in Taichung, Taiwan, and colleagues used Taiwan’s nationwide health insurance claims database to compare the incidence of PAD among end-stage renal disease (ESRD) patients on hemodialysis with secondary hyperparathyroidism (SHPT). They matched 947 patients who newly underwent PTx from 2000 to 2007 with 3746 patients who did not, by sex, age, year of diagnosis, and index date. None of the patients had pre-existing PAD.

During an average follow-up of 4.6 years, PAD developed in 59 patients in the PTx group and 408 in the non-PTx group. The incidence rate of PAD was in 12.26 per 1000 persons per year in the PTx group compared with 24.09 per 1000 persons per year in the non-PTx group. In multivariable analysis, PTx was associated with a significant 34% decreased risk for PAD compared with no PTx. The investigators adjusted for sex, age, income, urban residence, and comorbidities.

The investigators noted that a multidisciplinary approach likely is necessary to address other factors contributing to PAD, such as poor glycemic control.

“Though we have [previously] reported reduced risk of stroke in ESRD patients who received PTx, the findings in the present study provide further evidence for the association of controlling SHPT and the risk of PAD,” Dr Hsu and colleagues remarked in PLOS One. The researchers said they believe PTx may be a surrogate for SHPT control. They encourage future randomized controlled trials that compare PTx with medical treatment.

Besides the retrospective design, the study had several noteworthy limitations. Diabetes, a PAD risk factor, was more common in the non-PTx group, although the investigators attempted to minimize this bias. In addition, pertinent patient data were lacking, such as smoking history, body mass index, diet, laboratory data, and certain treatment information. The investigators also noted that wealthier patients were more likely to afford PTx. 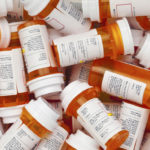