Despite an evolution in medical treatments for secondary hyperparathyroidism (SHPT), including the introduction of the first oral calcimimetic in 2004, parathyroidectomy (PTx) use has been steadily increasing among the dialysis population with Medicare coverage, a new study finds.

From 2006 to 2016, calcimimetic use significantly increased 3.5-fold, PTx use 3.4-fold, and phosphate binder use 1.7-fold, Aarti Mathur, MD, PhD, of Johns Hopkins University School of Medicine, Baltimore, Maryland, and colleagues reported in Surgery. There was no clear trend for vitamin D prescription, perhaps because it is included in the dialysis bundled payment.

“The combination of differences in [parathyroid hormone] targets, lack of consensus in treatment strategies among guidelines, and practice variation all likely contribute to the variation and overlap of treatments and the rise in parathyroidectomy rates that surgeons performing these procedures should be aware of,” Dr Mathur’s team wrote. 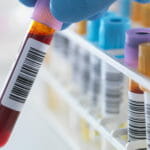