Use of vitamin D receptor activators (VDRAs), which are commonly used for treating secondary hyperparathyroidism, decreases the risk of early death and hip fracture in patients receiving hemodialysis who have good performance status, investigators report.

In a prospective cohort study, 128,535 of 208,512 patients from the 2009-2011 Japanese Society for Dialysis Therapy Renal Data Registry received VDRAs. In adjusted analyses, the risks for all-cause mortality and hip fracture did not differ significantly between VDRA users and nonusers. Subgroup analyses, however, showed that taking VDRAs was associated with significantly lower risks for mortality and hip fracture among patients with good performance status, Miho Murashima, MD, PhD, of the Japanese Society for Dialysis Therapy in Aichi, Japan, and colleagues reported in the Journal of Bone and Mineral Research. Patients with poor performance status taking VDRAs had significantly higher risks for mortality and hip fracture.

The association between VDRA use and outcomes diminished particularly after adjustment for nutritional markers and inflammation.

“Our results suggest that nutritional status, chronic inflammation, and performance status were the important confounders of the association between the use of VDRA and outcomes,” Dr Murashima’s team wrote.

Patients with poor performance status had higher serum calcium and alkaline phosphate levels despite lower intact parathyroid hormone levels. The investigators suggested that immobilization can lead to increased bone resorption and decreased bone formation. Use of VDRAs in this group might further increase serum calcium and phosphate levels and contribute to hypercalcemia and vascular calcification, which itself leads to death and fracture, the investigators suggested.

Dr Murashima and colleagues concluded that bone and mineral disorders among patients on hemodialysis might be treated differently, depending on their physical activity. 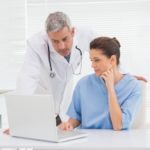