Etelcalcetide has received FDA approval for the treatment of secondary hyperparathyroidism (SHPT) in adult patients on hemodialysis (HD).

The drug, which its maker, Amgen, of Thousand Oaks, California, is marketing as Parsabiv, is the first treatment approved for SHPT in 12 years. Etelcalcetide is the only calcimimetic that can be administered intravenously by dialysis caregivers thrice weekly at the end of an HD session. Etelcalcetide binds to and actives the calcium-sensing receptor on parathyroid glands, resulting in a decrease in parathyroid hormone (PTH).

The FDA approved etelcalcetide largely on the basis of data from 2 randomized, placebo-controlled phase 3 studies (Study 1 and Study 2), Amgen said in a press release. The studies included a total of 1023 patients with moderate to severe SHPT (PTH higher than 400 pg/mL) on HD. Investigators randomized patients to receive etelcalcetide or placebo 3 times a week at the end of their dialysis sessions in addition to standard care that could include vitamin D or phosphate binders or both. The primary endpoint of the studies was the proportion of patients who achieved a greater than 30% reduction in PTH from baseline during the efficacy assessment phase (EAP, weeks 20 through 27).

In Study 1 and Study 2, the proportion of patients meeting the primary endpoint was 77% and 79%, respectively, in the etelcalcetide groups compared with 11% and 11%, respectively, in the placebo arms. In addition, the proportion of patients achieving PTH levels of 300 pg/mL less during the EAP (a secondary endpoint) was 52% versus 6% in Study 1 and 56% versus 5% in Study 2. 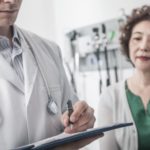