Patients with severe secondary hyperparathyroidism (SHPT) who are on hemodialysis or have received a kidney transplant have better survival when treated with parathyroidectomy rather than the calcimimetic cinacalcet, according to new study findings.

In a propensity-score matched cohort study of 2023 patients treated with surgery and 2023 treated with cinacalcet from the US Renal Data System, the 5-year survival rate was significantly higher with surgery: 65.7% vs 57.9%, a team led by Eyas Alkhalili, MBBS, of Texas Tech Health Sciences Center in El Paso, Texas, reported in the World Journal of Surgery. The parathyroidectomy group also had a significant 23% lower risk of death within the study period compared with the cinacalcet group, according to a Cox regression analysis. Among kidney transplant recipients, those treated with parathyroidectomy vs cinacalcet had a significant 53% lower risk of death.

“Our study shows that the survival advantage of surgery over medical therapy persists more than a decade later and surpasses that of cinacalcet,” Dr Alkhalili’s team wrote. “Parathyroidectomy in ESRD patients, however, is associated with significant perioperative risks including a two percent 30-day postoperative mortality [rate] reported in the literature and 3.7% mortality risk in our study. Due to these risks, clinicians [need to] follow the KDIGO guidelines and only refer patients with severe refractory disease for surgery.”

The parathyroidectomy group had significantly higher rates of calcific uremic arteriolopathy (calciphylaxis): 2.3% vs 1.1%) and pathologic fractures (27.8% vs 24.9%), the investigators reported. Rates of new-onset coronary artery disease and cerebrovascular disease were comparable. 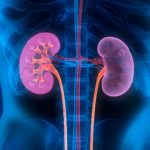