Adynamic bone disease can ensue when intact parathyroid hormone (iPTH) levels fall too low after calcimimetic treatment. Etelcalcetide, which has a longer elimination half-life than cinacalcet, was believed to pose a particular risk to patients with diabetes who have elevated levels of advanced glycation end products (AGEs) implicated in the pathogenesis of adynamic bone disease.

In 3 Italian dialysis clinics, 21 patients with diabetes and 19 patients without diabetes were switched from cinacalcet to etelcalcetide (59.5%) or newly started etelcalcetide. Over 12 months of etelcalcetide treatment, iPTH levels declined significantly more in the nondiabetic than diabetic group: 253 vs 473 pg/mL, Giuseppe Leonardi, MD, of A. Perrino Hospital in Brindisi, Italy, reported in a video presentation. Before calcimimetics were initiated, mean iPTH was higher in the diabetes than nondiabetes group: 844 vs 793 pg/mL.

Despite evidence that osteoblastic activity is reduced by AGEs, and the risk for adynamic bone disease is increased in diabetic nephropathy, study findings suggest etelcalcetide can be used safely in patients with diabetes, Dr Leonardi reported. He cautioned that further studies are needed to confirm these results. 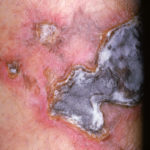