Hyperphosphatemia can diminish the ability of calcimimetics to activate the calcium-sensing receptor, but the effect is likely small and not therapeutically significant, investigators suggest.

In post hoc analyses of 4 prospective clinical trials involving 868 patients on dialysis, parathyroid hormone (PTH) levels progressively declined over 26 weeks of treatment with etelcalcetide or cinacalcet despite the presence of hyperphosphatemia. However, PTH decreases were less in patients with than without hyperphosphatemia at each interval, William G. Goodman, MD, of Amgen in Thousand Oaks, California, and colleagues reported in the Journal of the American Society of Nephrology. The differences in the PTH-lowering effects of both calcimimetics were only 5% to 15%, which indicates marginal clinical importance, according to the investigators. They assessed serum phosphate levels at 3 different thresholds: less than or greater than 5.5, 7.0, and 8.0 mg/dL.

Hyperphosphatemia has long been thought of as a cause and aggravator of secondary hyperparathyroidism (SHPT). Some clinicians have suggested that calcimimetics should not be used to manage SHPT in patients on dialysis when serum phosphorus is high.

Disclosure: This research was supported by Amgen. Please see the original reference for a full list of disclosures. 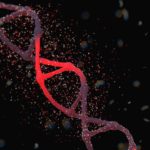