Oral extended-release (ER) calcifediol is safe and effective for treating secondary hyperparathyroidism (SHPT) and vitamin D insufficiency in patients with chronic kidney disease, according to a new study published in the American Journal of Nephrology (2016;44:316-325).

A total of 354 patients (83%) completed dosing and 298 (69%) entered a subsequent open-label extension study in which ER calcifediol was administered without interruption for another 26 weeks, the researchers stated.

ER calcifediol normalized serum total 25-hydroxyvitamin D levels (to concentrations above 30 ng/mL) in more than 95% of per-protocol patients and decreased plasma intact parathyroid hormone (iPTH) by at least 10% in 72% of patients, Dr Sprague and his collaborators reported. The proportion of patients receiving ER calcifediol who achieved iPTH reductions of 30% or more increased progressively with treatment duration, according to the investigators. The lowering of iPTH with ER calcifediol was independent of CKD stage and significantly greater compared with placebo. The effect of ER calcifediol on serum calcium, phosphorus, and fibroblast growth factor 23 was inconsequential, Dr Sprague and colleagues reported. 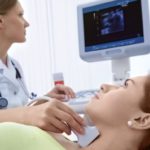