In the single-blinded EtECAR-HD trial (NCT03182699), 62 patients with LVH, defined as a cardiac septum thickness of at least 12 mm as measured by echocardiography, and a serum parathyroid hormone (PTH) level of 300 ng/L or more were randomly assigned to receive the intravenous calcimimetic etelcalcetide or alfacalcidol.

From baseline to 12 months, left ventricular mass index (LVMI) determined by cardiac magnetic resonance imaging had decreased by a significant 6.9 g/m² more, on average, in the etelcalcetide than alfacalcidol group, Rainer Oberbauer, MD, MSc, of the Medical University of Vienna in Austria, and colleagues reported in Circulation Research. In a per-protocol analysis of 52 patients, LVMI decreased by a significant 8.2 g/m² with etelcalcetide.

Notably, only patients with stable volume status and optimal dry weight were included in the study. Blood pressure control and use of antihypertensive medications were comparable between groups.

FGF23 levels decreased with etelcalcetide but increased with alfacalcidol, despite similar PTH suppression to 100-300 ng/L, the investigators reported. Achieved PTH, phosphate, and alpha Klotho appeared similar between treatment arms, according to the investigators. Doses of etelcalcetide and alfacalcidol were adjusted to maintain target levels of calcium (2.08-2.55 mmol/L) and phosphate (2.5 mmol/L or less). All patients received phosphate binders and calcium supplements.

Mild hypocalcemia developed in 17% of etelcalcetide and 4% of alfacalcidol users. Mild gastrointestinal problems occurred in 63% vs 27%.

“Changes in FGF23 were associated with the changes in LVMI, indicating FGF23 to be a potential mediator involved in the complex interactions leading to myocardial hypertrophy,” Dr Oberbauer’s team explained. “In addition, reduced calcium levels in patients treated with [etelcalcetide] may reduce vascular calcification, which by itself is associated with an increased risk of LVH and cardiovascular events in hemodialysis patients.”

Disclosure: This clinical trial was supported by Amgen. Please see the original reference for a full list of authors’ disclosures. 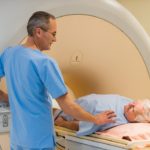