All 3 calcimimetic drugs – cinacalcet, etelcalcetide, and evocalcet – successfully reduce parathyroid hormone (PTH) levels to within target range in patients with secondary hyperparathyroidism (SHPT), according to new study findings. Benefits and harms vary among agents, however.

Etelcalcetide, cinacalcet, and evocalcet users, respectively, had 28.6, 10.3, and 5.8 greater odds of achieving  target PTH levels over a median 26 weeks compared with placebo recipients Furthermore, etelcalcetide users had 4.9- and 2.8-fold greater odds of achieving target PTH compared with evocalcet and cinacalcet users, respectively, Dr Strippoli’s team reported in the American Journal of Kidney Diseases. Parathyroidectomy appeared the most efficacious for PTH control overall, with odds of success ranging 20- to 100-fold higher compared with calcimimetics, according to results from a single trial. The surgery is not definitive therapy, however, and some patients on dialysis cannot undergo surgery on the neck.

Etelcalcetide was associated with 1.5- and 2.3-fold greater odds of hypocalcemia than cinacalcet and evocalcet, respectively. In a ranking, cinacalcet and to a lesser extent etelcalcetide caused more nausea than placebo, according to the authors. Etelcalcetide does not cross the blood-brain barrier, so the cause of the gastrointestinal effects are still unknown.

Due to a lack of long-term data, the investigators could not sufficiently assess differences in risk for mortality, cardiovascular end points, or fractures.

“At present, the benefits of calcimimetic agents are limited to lowering serum PTH levels during short-term follow-up,” Dr Strippoli’s team wrote. “Longer-term effects of treatment on cardiovascular and bone complications are uncertain.”

In an accompanying editorial, James B. Wetmore, MD, MS, of Hennepin Healthcare Research Institute in Minneapolis, Minnesota, lauded the review:

“In conclusion, Palmer et al, in their rigorous study of all known calcimimetic trials, have provided convincing evidence that these drugs are generally highly effective at lowering PTH levels,” Dr Wetmore wrote. “They are not as effective as parathyroidectomy, but are obviously far less invasive with lower risk. However, as Palmer et al demonstrate, hypocalcemia and nausea are daunting untoward effects that pose the greatest clinical threats to routine use of these agents.” 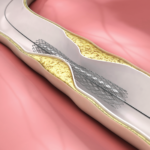