Nephrologists frequently discontinue and reinitiate cinacalcet therapy in hemodialysis (HD) patients, according to a new analysis of European data.

Based on DOPPS (Dialysis Outcomes and Practice Patterns Study) data from 7 European countries, the oral calcimimetic cinacalcet was discontinued in 21% and 35% of 613 new users after 6 and 12 months, respectively, Douglas S. Fuller, MD, of Arbor Research Collaborative for Health in Ann Arbor, Michigan, and collaborators reported in BMC Nephrology. In a separate cohort, cinacalcet was reinitiated in 38% and 49%, respectively, of 415 users who had recently discontinued the cinacalcet. The discontinuation rate results are similar to that found in a US study.

Dr Fuller and his team identified several predictors of drug discontinuation, including a parathyroid hormone (PTH) value less than 150 pg/mL or a serum calcium level less than 8.4 mg/dL in the previous month. An elevated PTH of 300 to 599 pg/mL in the month prior prompted cinacalcet reinitiation.

When cinacalcet was discontinued, mean serum PTH increased from 408 to 510 pg/mL over 12 months. Concurrently, mean serum calcium briefly rose from 9.12 to 9.22 mg/dL at 6 months then declined to 9.06 mg/dL at 12 months. Mean serum phosphorus stayed relatively stable.

The investigators speculated that clinicians may have discontinued cinacalcet due to hypocalcemia, gastrointestinal side effects, hospitalization, or etelcacetide prescription.

“Given the observed rise in PTH after cinacalcet discontinuation, additional research is needed to identify optimal cinacalcet treatment strategies for SHPT management, including a comparison of intermittent cinacalcet therapy versus sustained treatment with reduced dose or frequency,” Dr Fuller’s team wrote.

The study was funded by Amgen, the makers of cinacalcet (Sensipar). 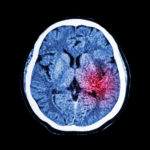