Secondary hyperparathyroidism patients have a higher risk for cardiovascular events after total parathyroidectomy (PTx) with or without autotransplantation than following subtotal PTx, according to new study findings published in Surgery.

Of 824 patients in Sweden who underwent a procedure, 388 had total and 436 had subtotal PTx based on national registry data. Three-quarters of total PTx patients had parathyroid tissue transplanted to other parts of the body. Over 6 to 7 years, 173 patients experienced cardiovascular events, 333 died (including 150 from cardiovascular causes), 13 incurred hip fractures, and 49 required reoperation.

Subtotal PTx patients had a 57% lower risk for cardiovascular events compared with total PTx patients, but more than triple the risk of requiring reoperation, Martin Almquist, MD, PhD, from Lund University in Lund, Sweden, and colleagues reported. The investigators found no significant differences in mortality or hip fracture risk between surgery groups. Results were adjusted for age, sex, cause of renal disease, time with a functioning graft before and after PTx, Charlson comorbidity index, year of surgery, cardiovascular disease (CVD), time on dialysis, renal transplantation at PTx, and treatment with calcimimetics prior to surgery. The death risk was higher after total PTx among patients with pre-existing CVD.

According to Dr Almquist’s team, the higher risk for cardiovascular events among total PTx patients could stem from low bone turnover in patients with prevalent CVD following the postoperative drop in parathyroid hormone levels, which in turn increases vascular calcification. 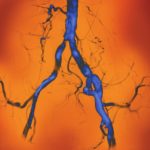