(HealthDay News) — Peritoneal dialysis (PD)-associated peritonitis rates have decreased over time, according to a study published online in the American Journal of Kidney Diseases.

Eric W. Young, MD, from Arbor Research Collaborative for Health in Ann Arbor, Michigan, and colleagues conducted a retrospective cohort study of PD-associated peritonitis to characterize trends and identify clinical risk factors. Patients receiving PD treated between 2013 and 2017 who were covered by Medicare fee-for-service were included. The major outcome was peritonitis, identified using diagnosis codes from the International Classification of Diseases, Ninth Edition (ICD-9) and ICD-10.

“Despite the falling rate, our estimate occupies the high end of rates reported in prior studies,” the authors write. “We did not explore the reasons for declining peritonitis rates in our study, but several factors could be involved, including practice guidelines adherence, provider experience, and improvements in PD equipment.” 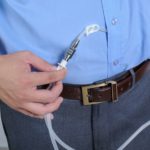