Investigators have identified idiopathic hypokalemia among patients with lupus nephritis (LN) that is distinct from other hypokalemia causes, including extrarenal potassium elimination, renal tubular acidosis, and renal potassium wasting from diuretics and corticosteroids.

“We speculate that idiopathic hypokalemia is the result of a novel target of autoimmunity in LN affecting renal tubular potassium transport, Emmanuel Adomako, MBChB, of University of Texas Southwestern in Dallas and colleagues wrote in Kidney360.

The idiopathic hypokalemia group had a significantly lower median serum potassium level compared with the RTA and control groups: 3.26 vs 3.75 vs 4.00 mmol/L, respectively, Dr Adomako’s team reported. All 20 patients with idiopathic hypokalemia required either potassium supplementation or mineralocorticoid antagonist therapy to maintain normokalemia despite 85% of these patients taking angiotensin converting enzyme inhibitors or angiotensin-receptor blockers.

The median serum magnesium level was significantly lower in the hypokalemia group: 1.73 vs 1.85 vs 2.00 mg/dL), respectively.

“The fact that potassium sparing diuretics could ameliorate the hypokalemia was indicative that renal potassium loss was the cause of this phenomenon,” Dr Adomako’s team wrote. “Indeed, inappropriate potassium wasting was revealed in all 9 subjects [with hypokalemia] who had assessments of renal potassium handling.” They hypothesized that an acquired immune-mediated impairment in distal convoluted tubule transport explains this phenotype. 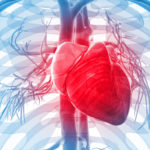