Sirukumab did not demonstrate efficacy or acceptable safety in patients with active lupus nephritis concomitantly receiving immunosupprsant therapy, according to a study published in Arthritis & Rheumatology.

Among patients with systemic lupus erythematosus (SLE), lupus nephritis (LN) is associated with increased mortality. There is an unmet need for improving LN treatment since current therapies, such as cyclophosphamide and mycophenolate mofetil, often result in  slow or incomplete responses.

Patients with class III or IV LN and proteinuria (>0.5 g/day) on immunosuppressive therapy were assigned to sirukumab (10 mg/kg) or placebo in a 5:1 ratio. Study drug was administered intravenously once every 4 weeks for a period of 24 weeks.

The primary outcome was reduction in proteinuria, as measured by protein-to-creatinine (P:C) ratio in a 12-hour urine collection, at 24 weeks compared with baseline.

However, 5 patients in the sirukumab group demonstrated ≥50% improvement in proteinuria by week 28.

“Despite the overall lack of clinical benefit, there was an intriguing improvement of ≥50% in the P:C ratio in a small subset of 5 patients identified as responders,” the authors wrote.

“There were certain baseline patient characteristics that were enriched in this retrospectively defined subset of responders, including a preponderance of men, negative anti-dsDNA status, class IV disease, and nonnephrotic levels of proteinuria, although these characteristics were not unique to the responding patients. The data indicate that it would be difficult to identify potential responders based on their clinical characteristics alone,” they added.

Active LN in patients with SLE is associated with lower survival, and current treatment regimens often produce inadequate responses. Because IL-6 inhibition has been shown in animal models to improve renal outcomes in LN, sirukumab was evaluated as a potential new treatment for LN.

“This proof-of-concept study did not demonstrate the anticipated efficacy nor did it demonstrate an acceptable safety profile for sirukumab treatment in this population of patients with active LN receiving concomitant immunosuppressive treatment,” the authors concluded. 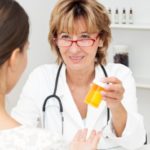