The European League Against Rheumatism (EULAR) and the European Renal Association (ERA) released updated recommendations for the management of adult and pediatric lupus nephritis (LN) in 2019. The Kidney Disease Improving Global Outcomes initiative (KDIGO) followed in 2021 with their own updated guideline on glomerulonephritides, including LN. To help clinicians better understand and apply these guidelines, which targeted somewhat different patient populations and involved a different mix of specialists, the Immunonephrology Working Group from the ERA identified the similarities and clarified the differences in a paper published in Nephrology Dialysis Transplantation.

According to the working group, recommendations in the 2 guidelines were either consistent or did not differ clinically in the indication for kidney biopsy, kidney biopsy interpretation, LN treatment targets, hydroxychloroquine dosing, first-line initial immunosuppressive therapy for active class 3, 4 (±5) LN, pregnancy in LN, LN in pediatric patients, and LN in patients with kidney failure.

“The discrepancies between the guidelines refer mostly to aspects of management where evidence is lacking and in relation to the different practices for reviewing the available scientific evidence as well as the expertise and priorities of the experts involved in preparing the recommendations,” the study authors stated.

The KDIGO guideline noted that class 1 or 2 LN with nephrotic-range proteinuria suggests concomitant podocytopathy; a specific diagnostic work-up may be beneficial.

For induction therapy, KDIGO preferred mycophenolate mofetil/mycophenolic acid for patients at risk for infertility, those of Asian, Hispanic, or African ancestry, and those with prior exposure to cyclophosphamide.

With respect to maintenance therapy for class 3, 4 (±5) LN, EULAR/ERA considered mycophenolate mofetil/mycophenolic acid comparable to azathioprine after cyclophosphamide induction based on the MAINTAIN trial of European patients. The international ALMS trial found azathioprine inferior to mycophenolate mofetil. Cytopenias were more common with azathioprine. The working group also noted that azathioprine has benefits if pregnancy is considered. A kidney biopsy can aid the decision whether it is safe or not to stop therapy.

Treatment of pure class 5 depends on the level of proteinuria and the presence or absence of nephrotic syndrome. The guidelines differed in their recommendations of immunosuppressive regimens and options.

After ruling out treatment nonadherence and suboptimal dosing, both guidelines mention possible rescue therapies for refractory disease including rituximab, belimumab, and obinutuzumab. Only KDIGO discussed recurrent LN and recommended the same therapy as in the first episode, bearing in mind cumulative cyclophosphamide exposure.

Thrombotic microangiopathy does not necessarily relate to anti-phospholipid antibodies, the working group acknowledged. KDIGO noted that differential diagnosis is important to guide treatment.

“We hope that this clarifies the inconsistencies between the two guidelines and will be helpful in assisting physicians all over the world to combine the best from both documents to optimise care of patients with LN,” the working group concluded. 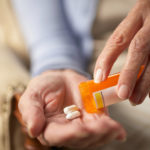