Of 9659 patients with new-onset LN-ESRD enrolled in the United States Renal Data System from January 1, 1995 to December 31, 2014 and who were on the kidney transplant waiting list, 5783 (59%) eventually received a kidney transplant from a living (35%) or deceased (65%) donor. During follow-up, 973 transplant recipients and 1697 nonrecipients died.

Most LN-ESRD patients were female and nonwhite. Investigators found that the survival benefit extended to African Americans, Hispanics, and Asians, male as well as female patients, and patients of all ages.

The medical community has been concerned that LN-ESRD patients have increased risks for post-transplant complications due to immunologic activity, including thrombotic events, or immunosuppressive therapy. Researchers involved with the current study could not determine whether lupus-related disease activity influenced nonreceipt of kidney transplant, which limits data interpretation.

They concluded that “timely consideration of renal transplant” and improved access should be routine care for LN-ESRD patients.

In an accompanying editorial, Nitender Goyal, MD, and colleagues from Tufts Medical Center in Boston concurred. “Because data from other studies have suggested higher patient and allograft survival with both preemptive and early kidney transplant, it is essential that transplant be considered as promptly as possible for patients with LN and that barriers to early transplant be surmounted.” 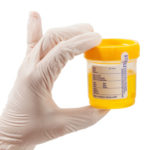