Among patients with systemic lupus erythematosus (SLE), history of previous serious infection is a strong predictor for serious infection, according to study results published in Seminars in Arthritis and Rheumatism.

To evaluate predictors of serious infection in SLE, a prospective single-center study was conducted that included individuals with SLE who met the American College of Rheumatology (ACR) or the Systemic Lupus International Collaborating Clinics (SLICC) classification criteria for SLE.

The occurrence of serious infections was associated with higher baseline scores on both the Charleston Comorbidity Index and SLE Damage Index (SDI), higher time-adjusted prednisolone dose exposure, higher flare rates, and less time spent in lupus low disease activity state, as well as a greater likelihood of having high disease activity status and greater disease activity across a number of clinical domains.

Following multivariable adjustment, higher disease activity, higher SDI score, and cyclophosphamide use were significantly associated with higher risk for first serious infection. The risk was highest among those with a history of previous serious infections.

Limitations to the study included the use of a single study center and the inability to analyze risk for hypogammaglobulinemia or lymphocyte deficiencies.

The study authors noted, “Clinical factors such as damage accrual, disease activity, and choice of immunosuppressant, can each have an independent risk in predicting serious infection, particularly the first episode.” They added that, “Recognition of the relative strength of these modifiable and non-modifiable associations may help clinicians make better decision in terms of treatment of high disease activity, particularly around the use of immunosuppressants. 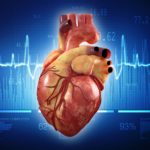