For this investigation, the researchers included only pathologic variables with at least moderate agreement. The variables included ISN/RPS class I-VI of nephritis. For class III, the subclasses of active (A), active and chronic (A/C), and chronic (C) had poor agreement and were considered as a single class. For class IV, the agreement was poor for the segmental versus global subclasses but acceptable or the active A, A/C or C lesions.

The investigators employed univariate and multivariate regression models to examine the outcomes of complete remission (defined as serum creatinine below 1.4 mg/dL and proteinuria less than 0.33 g/day), partial remission (defined as a less than 25% increase in baseline serum creatinine and greater than 50% reduction in baseline proteinuria to below 1.5 g/day) and no remission at 6, 12, and 24 months post-biopsy.

The investigation showed that the mean arterial pressure (MAP) was higher in patients with class IV-A/C compared with other classes (107.6 vs. 98.1 mm Hg).  They found that the SLEDAI-2K and a non-renal SLEDAI-2K were not different between classes. However, they discovered that the anti-dsDNA levels by Farr assay at time of biopsy were highest in class III (40 U/mL vs. 16 U/mL) and lowest in class IV-C biopsies (5 vs. 22.5 U/mL), and C3 levels were lowest in class IV-A and IV-A/C. On univariate analysis, the presence of a higher C3 level at time of biopsy was associated with a sixfold increased likelihood of complete remission at 24 months. On multivariate analysis, none of the pathologic variables was independently associated with complete remission or partial remission at any specific time point.

“Our study suggests that there may be some features at the time of renal biopsy that are associated with a particular class of lupus nephritis,” Dr. Barber told Renal & Urology News.  “Although some features on renal biopsy may be associated with renal outcomes in our study, it is too early to use these features as predictors of outcome in clinical practice. We hope that our work will lead to further studies and hopefully better prediction models for assisting prognostication in lupus nephritis based on renal biopsy features.”

Dr. Barber said it is important for nephrologists to be aware that the inter-rater reliability of some of the biopsy features of lupus nephritis are poor and she and her colleagues feel that further workshops or studies to clarify the definitions would be important to harmonize the findings of future studies in this area. 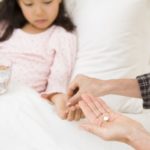 Early Use of RAAS Inhibitors May Benefit Children With Lupus Nephritis