“Asymptomatic HU is common among healthy middle-aged individuals and is associated with an increased risk for incident gout in both sexes,” Dr Kapetanovic’s group concluded. “In contrast to previous studies the risk to develop clinical gout at comparable SU values was found to be higher in women than in men.” 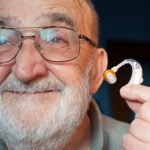 Gout Associated With Increased Hearing Loss Risk in the Elderly