Although consumption of animal protein is commonly associated with hyperuricemia, after an adjusted multiple linear regression analysis only plant protein intake remained associated with uric acid.

According to the investigators, the data suggest that dietary intake does not seem to be essential for uric acid increases in KTRs, although there may be some effect, even if it is small. They suggested future randomized clinical trials should be performed to determine whether these are important nutritional interventions to promote uric acid reductions in KTRs. 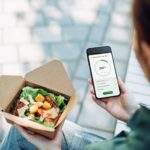