Hyperuricemia is associated with an increased risk of renal failure and death in patients with chronic kidney disease (CKD), according to a new study published online in the American Journal of Kidney Diseases.

Of 3885 CKD stage 2 to 4 patients in the CRIC (Chronic Renal Insufficiency Cohort) cohort, 885 progressed to kidney failure and 789 died over a median 7.9 years of follow-up, Anand Srivastava, MD, MPH, of Northwestern University in Chicago, and colleagues reported. In adjusted analyses, higher uric acid levels were independently associated with risk for kidney failure (initiation of dialysis or transplantation) among patients with an estimated glomerular filtration rate (eGFR) of 45 mL/min/1.73 m2 or above, with each 1 standard deviation (SD) increase in baseline uric acid associated with a 40% increased risk of kidney failure.

Higher uric acid levels were not associated with kidney failure risk among patients with an eGFR below 30 mL/min/1.73 m2 (CKD stage 4). Among patients with stage 4 CKD, uric acid appeared to be protective, with each 1 SD increase in baseline uric acid independently associated with an 18% decreased risk for kidney failure. The investigators found a J-shaped curve between baseline uric acid levels and all-cause mortality after adjusting for demographic factors, comorbid conditions, medication, and pertinent laboratory findings, including eGFR.

The most important limitations of the study relate to its observational design, “which makes it impossible to infer causality between the observed associations between uric acid concentrations and CKD progression and mortality,” they wrote. “Residual confounding is always a concern even after multivariable adjustment.”

Previous studies on the topic have yielded mixed results. “Adequately powered randomized placebo-controlled trials in CKD are needed to test whether urate lowering may prove to be an effective approach to prevent complications and progression of CKD,” Dr Srivastava and the team wrote. A recent meta-analysis in PLOS One did find several benefits from uric acid-lowering treatment. 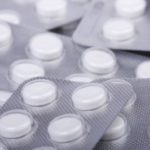