Emergency department (ED) visits for gout rose dramatically from 2006 to 2014, especially among individuals aged 45 to 64 years, according to study findings presented at the European League Against Rheumatism (EULAR) 2018 Annual European Congress of Rheumatology in Amsterdam, The Netherlands.

The dramatic increase in ED visits in the United States among patients with a primary diagnosis of gout over the 9-year period “reflects a sizeable and owing population of patients with gout whose symptoms are not controlled and not well managed,” Dr Gurkipal, the lead study investigator, stated in a press release. “Often the treatment of gout focuses on alleviating the symptoms of painful gout flares. However, when escalating symptoms reach the threshold of an ED visit, this suggest that the underlying accumulation of uric acid may not have been adequately addressed.”

The results are based on an analysis of data from the Nationwide Emergency Department Sample, the largest all-payer ED data in the United States.

Horizon Pharma provided research support and funding for the study.

Miathal A, Singh G. Emergency department visits for gout: a dramatic increase in the past decade. Oral presentation at the EULAR 2018 European Congress of Rheumatology in The Netherlands, June 13–16. Abstract OP0185. 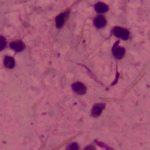