Adrenocorticotropic hormone (ACTH) may be a therapeutic option for the treatment of gout among patients in whom standard therapy has failed, according to findings from a review published in Rheumatology International.

The efficacy of ACTH as an anti-gout agent was established in 1950, but it did not gain clinical traction until the late 1980s when it was demonstrated to have both steroid-dependent and -independent activity. Several clinical trials have demonstrated that ACTH was superior to or at least as effective as standard treatments, including steroids and nonsteroidal anti-inflammatory drugs, for gouty arthritis, with no significant side effects.

More recent clinical trial evidence has suggested that response to ACTH treatment in gouty arthritis is high and that side effects are limited. The authors of this review developed a prospective open-label study to evaluate the safety of ACTH vs steroid therapy in hospitalized patients with gout were compared (ClinicalTrials.gov Identifier: NCT04306653).

Cell culture studies have also suggested that the anti-inflammatory activity of ACTH may be attributed to the regulation of immune cell responses by the molecule α-MSH, which consists of the first 13 amino acids of ACTH. This molecule is associated with dampening of neutrophil activity, inhibition of interleukin binding to T cells, and the downregulation of macrophage activation.

“We propose that ACTH should be considered as an alternative therapeutic option for patients unable to receive standard therapy, taking into account its good safety profile and the fact that has broader anti-inflammatory, steroid-independent effects, it downregulates inflammatory responses via melanocortin receptor signaling and may even antagonize [interleukin]-1,” the researchers concluded.

Disclosure: A study author declared affiliations with the pharmaceutical industry. Please see the original reference for a full list of author’s disclosures. 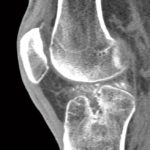