Worsening renal function (WRF) may be associated with left ventricular ejection fraction (LVEF) in patients with acute heart failure (AHF), according to a study published in the European Journal of Heart Failure.

Total doses of intravenous and loop diuretics decreased with increased LVEF during hospitalization. Response to diuretic therapy and weight loss were inversely related to LVEF.

Study limitations include its exclusion criteria (ie, systolic blood pressure <125 mmHg and inotrope treatment), which may have led to fewer patients with WRF in the lower LVEF quartiles.

“[T]he increased susceptibility of these patients for developing WRF appears to be related to their more advanced age and worse baseline kidney function,” noted the study authors. “While WRF in-hospital was not associated with post-discharge outcomes in patients in the lowest LVEF quartile, it did portend a less favorable course in patients in the upper quartiles.” 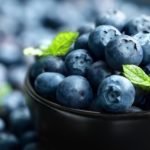