Researchers have found a relationship between nocturnal polyuria (NP) and blood pressure that rises or fails to fall at night.

NP appeared less well treated. As nocturia episodes increased, the proportion of those with NP also increased. For example, all men complaining of 5 or more nocturia episodes nightly had NP. The investigators found no significant differences in age, lower urinary tract symptoms, or complications between those with and without NP.

A subset of 17 NP and 17 non-NP patients underwent ambulatory blood pressure monitoring. Significantly more men with NP had non-dipping blood pressure than men with other causes of nocturia (77% vs 41%). NP patients also were more likely to use 2 or more antihypertensive medications. 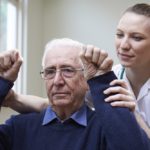