In addition, masked hypertension is associated with a greater mortality risk than sustained and white coat hypertension. 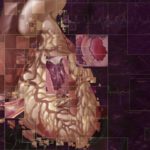