The finding provides “at least one important explanation for the association of dietary phosphate intake and/or plasma phosphate concentrations with increased cardiovascular morbidity and mortality, irrespective of renal function,” a research team led by Reto Krapf, MD, of the University of Basel in Liestal, Switzerland, reported recently in the Journal of the American Society of Nephrology.

After 6 weeks, all individuals received intramuscular injections of vitamin D3 (600,000 U). Investigators were blinded to treatment assignment.

Compared with the low-phosphate diet group, the high-phosphate diet group had a significant 0.23 mmol/L increase in mean fasting plasma phosphate level, 4.1 and 3.2 mm Hg increase in 24-hour systolic BP and diastolic BP, respectively, and mean increase in 24-hour pulse rate of 4 beats per minute. In addition, the high-phosphate group experienced increases in urinary metanephrine and normetanephrine. Vitamin D had no effect on any of these parameters, according to the investigators.

“This exploratory, physiologic study shows that a controlled increase in dietary phosphate (within the range observed in a representative United States population) significantly and reversibly increases BP and pulse rate in young, health human adults,” the authors wrote. “The effect is associated with a phosphate-specific increase in sympathoadrenergic activity.” 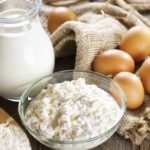