Hyperphosphatemia predicts an increased risk of death among hospitalized critically ill patients, according to researchers.

Their cross-sectional study of 2,390 emergency room (ER) patients found that hyperphosphatemia was associated with a significant 3.3-fold increased odds of in-hospital death within 28 days, Dominik G. Haider, MD, of University Hospital Bern in Bern, Switzerland, and colleagues reported online in PLoS One.

Noting that hyperphosphatemia has been linked repeatedly to chronic kidney disease (CKD), the authors wrote that while “hyperphosphatemia may be a tangible indicator of deteriorating kidney function, it appears that lack of phosphate homeostasis may also be associated with the increased risk of cardiovascular events and mortality that has become a hallmark of CKD.”

Previous studies have shown that the association between high phosphate concentrations and increased mortality is not restricted to patients with renal disease, Dr. Haider’s group pointed out. It can also be observed in patients with cardiovascular disease (CVD) and even in the general population. The researchers cited findings from Framingham Offspring study participants showing that higher serum phosphate levels are associated with an increased CVD risk in community-dwelling individuals without chronic kidney disease and CVD. Another study found an association between high-normal serum phosphate concentrations and coronary calcification in young, healthy men.

The researchers noted that their findings “emphasize that hyperphosphatemia is an electrolyte disorder that should be controlled in patients presenting at an ER,” the authors noted. 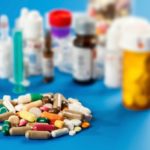