Phosphate amounts typically consumed in meals and snacks varies, but dialysis patients do not appear to adjust their phosphate binders to match the food phosphate content, a new study suggests.

Deborah Zimmerman, MD, of Ottawa Hospital in Ontario, Canada, and colleagues asked 60 peritoneal dialysis patients to keep a detailed 3-day food diary of all foods and beverages consumed as well as their portion sizes. Patients also recorded the amount of phosphate binders taken with each meal. For half of patients, diabetic nephropathy was the cause of end-stage renal disease.

The recommended daily limit of phosphate from foods is 800 to 1,100 mg. According to results published online BMC Nephrology, the dietary intake in this study was somewhat higher: 959 to 1,144 mg. One snack could range up to 463 mg of phosphate. A registered dietitian used the ESHA Food Processor Software along with other dietary reference tools to gauge the phosphate content of each meal.

When researchers looked at how closely phosphate binder dose matched the actual phosphate content of meals, they discovered a mismatch for lunch and dinner. They used the Intra Class Correlation Coefficient (ICC), in which 0 indicated maximal variability and 1 indicated no variability, and found notable discrepancies.

“The standard practice of prescribing fixed doses of phosphate binders at meals is an inappropriate management strategy for the control of serum phosphate concentration as meal phosphate intake is highly variable as was demonstrated in this study,” the investigators concluded.

Interventions such as education and the Phosphate Education Program (PEP), which employ phosphate “counting” by major food group, appear too difficult and costly to work long-term, according to other research they cited. The investigators plan to use the results of this 3-phase study to create a mobile app that matches phosphate binders to the amount of phosphate in foods to improve phosphate control. 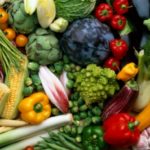