Hemodialysis (HD) patients with hyperphosphatemia who receive sevelamer as an adjunct to calcium-based phosphate binders or a substitution have lower mortality, a new study finds.

In the initial 4 months of treatment, mean serum phosphorus levels in patients receiving sevelamer fell by 0.3 mg/dL, followed by slower declines, according to results published online ahead of print in the Clinical Journal of the American Society of Nephrology. Serum levels of calcium and parathyroid hormone did not change meaningfully.

“Our results extend the findings from recent observational studies showing the survival benefit of phosphate-lowering therapy … and provide a new rationale for using sevelamer as a switch or add-on therapy in patients on hemodialysis being treated with calcium-based phosphate binders,” Dr Komaba and the team wrote.

In their discussion of study limitations, the team noted that sevelamer hydrochloride and sevelamer carbonate have different profiles for metabolic acidosis, which might affect survival. In addition, the researchers said they had scant data on phosphate binder dosages and adherence, and no information on over-the-counter calcium carbonate use. The investigators also lacked information regarding dietary intake of phosphate or protein. “It is likely that patients who were prescribed sevelamer had higher intake of both phosphate and protein than those not treated with sevelamer.”

“Future studies should focus on determining whether better or more intensive management of hyperphosphatemia might reduce mortality risk in patients on hemodialysis,” Dr Komaba and colleagues said. 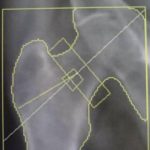