In a post-hoc analysis of data from 1767 participants in the Americas region of the TOPCAT (Treatment of Preserved Cardiac Function heart Failure With an Aldosterone Antagonist Trial) trial, a team led by Akshay S. Desai, MD, of Brigham and Women’s Hospital in Boston, found that spironolactone-treated patients had a lower risk of the primary efficacy outcome—a composite of cardiovascular death, heart failure hospitalization, or aborted cardiac arrest—compared with placebo recipients across all categories of estimated glomerular filtration rate (eGFR).

“These data support the potential benefits of spironolactone in patients with HFpEF and low eGFR, but emphasize the imperative for careful surveillance to limit the risk of drug-related AEs,” the authors wrote.

The TOPCAT trial was an international study of spironolactone that included 3445 patients with symptomatic HFpEF. Investigators randomly assigned patients to receive spironolactone or placebo over a mean follow-up duration of 3.3 years. 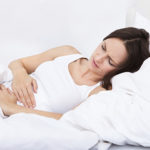