Despite treatment with sodium polystyrene sulfonate (SPS), patients hospitalized with hyperkalemia have a high burden of readmissions and hyperkalemia recurrence, according to new research presented at the American Society of Nephrology’s Kidney Week 2020 Reimagined virtual conference.

In a comparison of 4847 SPS users matched to 4847 SPS nonusers with the same hyperkalemia severity, SPS users had significant 1.5-, 2.8-, and 3.6-fold increased odds of all-cause readmission, hyperkalemia readmission, and hyperkalemia recurrence, respectively, within 90 days of discharge, Vivian A. Fonseca, MD, of Tulane University School of Medicine in New Orleans, Louisiana, and colleagues reported. Of note, SPS users were older (65.7 vs 62.1 years) and had a higher burden of comorbidities such as chronic kidney disease (79.1% vs 57.2%) and heart failure (49.8% vs 37.7%). Although results were adjusted for relevant factors, the investigators could not rule out residual confounding.

SPS users had significant 2.4-fold increased odds of a hyperkalemia readmission within 30 days of discharge compared with SPS nonusers, even though they were significantly more likely to receive temporizing agents such as albuterol, intravenous calcium, or intravenous insulin and glucose: 58.2% vs 43.5%. Few patients (0.4%) received SPS at discharge, possibly due to low medication tolerance, provider preferences, insurance coverage limitations, or limited medication access, the investigators suggested.

According to Dr Fonseca’s team, “despite the high use of emergency temporizing agents in hyperkalemic patients treated with SPS in the inpatient setting, the high burden of readmission and hyperkalemia recurrence remained, potentially indicating the temporary effect of these agents, and highlighting the need for tolerable, effective, and easy to administer therapies and prevention of hyperkalemia recurrence and admission.”

Of the overall cohort, 23.2%, 36.8%, and 40.0% had serum potassium levels of more than 5.0 to 5.5 mEq/L (mild), more than 5.5 to 6.0 mEq/L (moderate), and more than 6.0 mEq/L (severe hyperkalemia), respectively. Average length of stay and inpatient normalization of serum potassium was similar between SPS users and nonusers. Approximately 1 in 9 patients died in the hospital, with SPS users dying significantly later: 9.8 vs 7.7 days. By design, none of the studied patients received the potassium-binder patiromer.

Disclosure: This clinical trial was supported by AstraZeneca. Please see the original reference for a full list of authors’ disclosures. 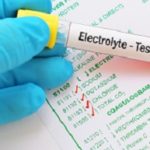