Polypharmacy and medication errors that could lead to severe and clinically relevant adverse drug events are common among elderly patients with chronic kidney disease (CKD), according to a new German study published in Drugs & Aging.

Nearly a third (29.5%) of the cohort were at risk for QTc-interval prolongation due to medication combinations, and half of these patients had this problem at a subsequent hospitalization, Julia Sommer, MPharm, of Klinikum Bayreuth GmbH, and colleagues reported. All patients who received 2 or more drugs with known risk of Torsades de pointes experienced QTc-interval prolongation. Amiodarone, citalopram, and ciprofloxacin were the most dangerous drugs.

In addition, 8% of patients received 4 to 6 potassium-enhancing drugs during their initial hospital stay, which for three-quarters of them was not de-escalated after discharge. Hyperkalemia occurred in 37.5% of patients during the first hospital stay and in 66.7% during rehospitalization.

The study also revealed that 8.5% of the cohort received a combination of 3 drugs at discharge with antithrombotic or antiplatelet effects. Of these, 64.7% experienced hemorrhagic events and 2 patients died.

“As elderly CKD patients are underrepresented in most studies and as there is no clear recommendation for adequate management of polypharmacy, the assessment of individual risk factors regarding potentially inappropriate prescriptions, pharmacodynamic and pharmacokinetic interactions as well as thorough monitoring is of crucial importance to reduce readmissions to hospitals and healthcare costs,” the investigators wrote. 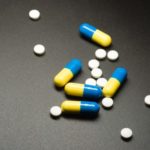